Ancient cultures are at times most memorable by mythological stories of legendary monsters and ratifying concepts of half-man, half-beast creatures. Some creatures are considered by many to primarily serve the purpose of story-telling, indicating society's willingness to sensationalize events to convey a specific message, perhaps one riddled with ulterior motives. There are countless reasons why lore, legend, and myth can become imprinted in society, but the message must be of great importance if its legend is to survive the ages. 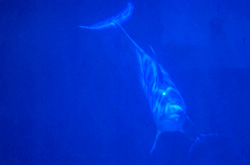 A peculiarity here is the fact that 99.9% of imagined concepts must be seeded, according to psychology, in order to become manifested in story-form. This highly suggests any mythological story, any imagined concept, or any tall tale fabled frenzy, must have originated from some sort of root inspiration. The trouble is really in determining exactly which parts of ancient stories aren't fabricated truths, perhaps intentionally stretched for theatrical entertainment.

Examining modern movies and storytelling might give us a little attestation as to why certain structural elements are used to relay plots. A boom in computer technology generously helped facilitate public demand for more realistic movies and provided significant improvements to live entertainment venues. If the general public strives now for a strong sense of realism in fictional storytelling, maybe it's not too far off to expect it many hundreds of years ago, as stage entertainment relied heavily on captivating audiences to similar extent. Now the legends continue to pique curiosity around the world.

Even though lore is subjected to a thousand year old telephone game with stretching fish, core beliefs are often based on factual events in some way, shape, or form.