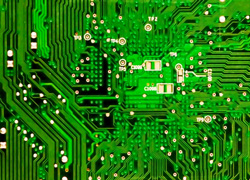 Technology is largely responsible for increased documentation on encounters with photography and video footage. Recent statistics claim at least 6 billion people worldwide have a mobile phone, and nearly half of those phones have a built-in camera, making it easier to photograph events as they happen. Next generation phones are becoming standardized with video capability along with Internet access and instant one-touch publishing applications.

Along with new technology comes the ability to manipulate photos and video into hoax material which ultimately hurts those legitimately searching for the truth. Skeptics have even come forward over the years admitting to fabricating evidence themselves in attempt to prove claims regarding related subject matter are false and staged by nothing more than attention seekers. Creditable eyewitness testimony negates a good portion of hoax claims often by overwhelming margins through specific details and personal backgrounds corroborated by multiple accounts. Individual with sincere reports usually demonstrate indirectly to have no ulterior motive, no monetary or social gain, and sometimes are very much unwilling to disclose what they know publicly.

In a few prominent examples, individuals holding positions of authority are even sworn not to disclose information to anyone. This non-disclosure cycle only helps to fuel conspiracy theories and gives witnesses further reason not to release testimony. As time progresses, witnesses in these peculiar situations sometimes divulge information regardless of oath restriction and are quick to go public once the restrictive silence period is over.