Digging deep into history as far as physical record and verbal legend allows, a great amount of astonishing literature and artifacts uncovered depict how ancient civilizations were much more technologically advanced than ever imagined. Piles of evidence suggesting our ancestors once communicated with beings from the sky is continuously being discovered and changing the world as we understand it. Stories and legends across multiple ancient cultures seem to point toward similar concepts and perceptions of reality even in scenarios where our ancestors are believed to have never interacted with each other. 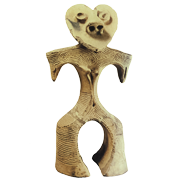 One critical and important reoccurring theme spanning different civilizations refers to beings visiting Earth from the skies above. Many of the cultures have carvings, glyphs, and relics which demonstrate with modern interpretation that they might have been interacting with astronauts of some kind, alien to planet Earth. Ancient astronaut relics shockingly portray modern space and diving outfits as well as many, what we currently know as, modern technologies. Are these artifacts evidence of aliens? Perhaps these mysteries prominent ancient alien and ancient astronaut theories and concepts may indicate as such.

The historical accounts, alien relics, and ancient structures sometimes suggest the possibility ancient technologies were beyond those of current capability. Combining all of the documented research material into a giant unified theory is steadily proving that our ancestors knew and possessed greater knowledge and capabilities than due credit given.