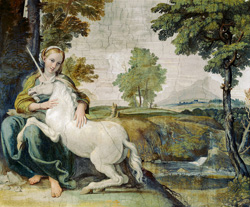 Embellished parts of stories might sometimes be added for emphasis on the importance of danger if traveling to the area. What that danger is in the modern world, may not be known, but it could be someone protecting a gold claim in the middle of the jungle who doesn't take kindly to strangers attempting to take the spoils. If a strange creature in the forest was instead located at the local grocery store, maybe the drawing on the refrigerator next to a shopping list turns into a depiction of a gruesome figure with a clear message to keep away.

Explaining danger isn't always enough and it's far more effective to etch warnings into the mind visually. Just as mankind adapts to surviving in an unforgiving world, we have also become masters of discovery trying to explain the unknown. Those working to uncover the truth are putting man's future before themselves, to be the ones who solve some of the most perplexing problems. Cryptozoologists, for example, specifically study world inhabitants attempting to identify animals believed to exist but can't be proven to science, even past animals once deemed extinct.

It's a step off mainstream tactics to entertain ideas if such creatures do exist, just imagine the implications of needing to rewrite history books over a discovery that hid right under science's nose for thousands of years. When hundreds or even thousands of people witness seeing an unknown type of creature that science shows no record of, there must be a likely explanation to those sightings.