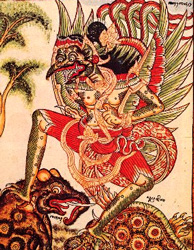 Spending thousands of years hiding in caves from predatory attacks eventually takes its toll on the psyche. Threats came from above and on land during the cave era, it was absolutely vital to find safe shelter to ensure survival in a much wilder world than we know today. People must have been on constant alert all waking hours, with some staying awake on shift intervals during the night, even with fire and weapons. They had to do it, there was no other choice. Relaxation as it is today most likely was a very rare event for life during the ancient ages as survival remained constantly on the line.

Predatory danger could strike without a moment's notice and we understand our ancestors must have unfortunately learned this the hard way. Still they fought through and found ways not only to cope with being hunted, but to become the better hunter in tactic, by passing down knowledge for future generations. Information needed a way of living on even when our ancestors didn't. They drew teachings on cave walls just as we doodle notes on the refrigerator for family, except our ancestors faced the likelihood of death to wild animals on a daily basis. There was always the chance of not coming home from a trip for water, to forage, or during a daring hunt. Telling these stories more often became critically dependent on using visual imagery to stimulate the imagination; A great way to teach understanding considering the unpredictable nature of situations in the wild.

Large birds in a role of significance and power are often mentioned in ancient Indian lore, and as sacred majestic creatures in many native cultures around the world. Here are a few flying cryptid examples: