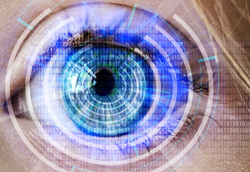 A scientific movement called Transhumanism seeks to improve natural capabilities of mankind through the use of technology while adhering to spiritual and ethical concerns of society. Sci-Fi brought about the idea as cyborgs, exemplified by works such as the Bionic Man, featuring part electrical machine humanoids with extraordinary abilities beyond run of the mill blessings of nature. Interestingly, several people around the world have already started human machine hybridization with such devices as the pacemaker and bionic limbs. Recent break-through studies have created working computer software programs capable of mouse interactions using nothing more than thought stimulation. Ironically, cyborg technologies seem to be running parallels with our ancient past, to improve upon the human form, for the benefit of our future survival.

A physical joining of humans and machines in the form of bionics may not be the only way ancient hybrids came into play according to some theorists. When examining the same ancient deities, new age researchers started to notice a link between modern genetic experiments and hybridization evidence of the past, suggesting the possibility our ancestors may have manipulated DNA themselves or with the aid of alien technology, if not performed animal-human transplant surgeries.

Evidently, mainstream science and archeology disagree on his point of view and consider ancient reliefs as nothing more than artistic renditions of deities. However, science of today is attempting to solve countless riddles of the human genome in an effort to improve life quality by means of genetic manipulation, undoubtedly something of prominent interest to our ancient ancestors. Profound curiosities such as the Fountain of Youth, Emerald Tablet of Hermes, and Elixir of Life help corroborate mankind's quest to live eternally.

There are countless scriptures referring to the very same principal. Maybe it's possible ancient hybrids reflect a similar idea, to combine beneficial qualities of animal life with humans, in order to create superior god-like beings capable of advancing humanity by living forever.