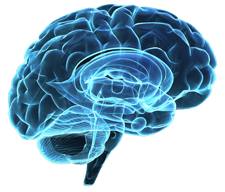 To some researchers it may indicate a reoccurring fear of subconscious meeting a person's conscious realm in physical form. As with photons, traveling both in wave and particle forms, the subconscious and conscious may exhibit a similar behavior. When the subconscious is observed with known intent of its destination, a particle state is retained. If subconscious is indirectly observed without it being aware of the observation, it retains a wave state. Ultimately suggesting from a quantum principal that the human brain operates by both particles and waves, at the same instant in time.

Meaning, studying a person's brain wave patterns is only revealing half of what might really be happening.

Coupling quantum physics with the idea of phenomena witnessed around the world provides a different theory explaining their existence. A possibility suggesting people are capable of manifesting creatures and apparitions by indirectly focusing their own energy, or by channeling subconscious behavior through indirect observation. Perhaps as technology advances, brain capacity slowly expands. Spiritual encounters continue to increase as the human brain becomes more sensitive to alternate dimensions and previously undiscovered realms. In the case which our spirits may indeed live on eternally, as an extension of energy granted to us by the cosmos, we may one day be able to fluidly access these hidden areas of life.