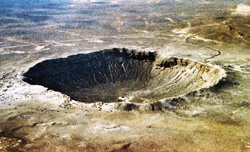 Then later on, primitive man realizes it's hundreds of times more effective to use hunting strategies such as herding animals off cliffs. For the good of mankind, humanity learned of extinction and detrimental loss of creatures vital to the global food chain. We learned so much in fact that domestication of livestock and preservation of foods became controlled efforts to sustain large populations over long periods of time. Throughout preservation efforts we discovered a wealth of invaluable information capable of redefining human survival as a whole, resulting in conscientious concerns of over-population, resource issues, and environmental impact facing the planet.

Nature always finds a way to balance itself over time even when results are not favorable to life on the planet. It found a way to wipe larger predatory animals off the face of Earth millions of years ago with the impact of an asteroid. Science tells us a rock fell from heavens to create a global catastrophe, eliminating entire food chains while shifting species hierarchy in the process. Perhaps there is a lesson here beyond the fact that seemingly random space rocks can destroy life on Earth.

No predator remains at the top of the food chain for long before balance of nature catches up. Even gigantic stars supernova as they consume energy at reckless rates, compared to our own sun, until all of the energy food source has been depleted. Naturally humans are concerned with the threat of space debris destroying everything as we know it. This means an asteroid hitting the Earth, although inherently random, could be considered a type of predator to mankind in a sense, because it jeopardizes our survival. Locating, predicting, and dealing with Earth impacts is a very important emerging science and well justified. Perhaps asteroids act as one of many ways of balancing life in the universe, presuming life exists elsewhere, when worlds become incapable of sustaining an over-efficient top predator.