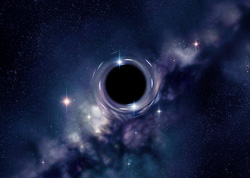 One of the most interesting yet difficult to understand concepts of quantum physics involves time travel. Science fiction often portrays traveling to the future and past by aid of a machine simplified so much that all the traveler needs to do is punch in a destination date and hit a button. Logistic problems plague the possibility of travel along the fourth dimension. There is the grandfather paradox. If a person traveled to the past and prevented their grandfather from meeting their grandmother would they still exist?

Currently science entertains three theories suggesting ways nature would compensate and prevent paradoxes from occurring if time travel became possible. First, traveling back into time would put the traveler into a parallel dimension which looks and feels exactly as the dimension they traveled from, but any interactions which would change the course of history happen in the alternate dimension with absolutely no effect on the source dimension.

The second theory puts the time traveler into an observation only mode whereby they only exist in the past in spirit with no possible way to alter the past. Interestingly enough this sounds very familiar in certain paranormal investigations with apparitions suspected as time travelers from the past or future manifesting with ghost-like figures. The last theory presents a unique situation which states that any alteration to the past will cause the space time fabric to change in order to rearrange time to the point it was before the alteration happened.