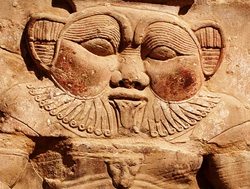 Since Homo erectus survived on the planet for nearly 1.5 million years, according to fossil record, it's not unreasonable to think they could somehow survive another 300,000 years into present day; After all, anatomically modern humans known today are believed to have emerged 200,000 years ago.

Encounter reports often include distinct features which transcend the testimonies of thousands of eyewitnesses around the world; No matter the location, there are elements to Bigfoot sightings that always remain consistent just like the phenomena of alien abduction reports. Usually the creature reported is bipedal, standing between 7 to 10 foot tall, has a large muscular frame, prominent ape-like features, covered in hair, and sometimes (more often than not) a strong foul odor permeates through the air. At times Squatch are known to throw rocks, knock on wood, arrange twigs or feathers in parallel patterns, and vocalize their presence.

The height range is commonly claimed as falsified by matter of approximation for humans encountering something under duress, but this too is not unreasonable to expect when examining our history. A taller subspecies of humans isn't a new concept. Giants decorated pages folklore for thousands of years and might even be in relation to evolutionary responses to environmental change.

Archaeologists recently discovered proof evolutionary response on the opposite end of the spectrum. Hobbit sized humans, now known as Homo floresiensis, lived approximately 18,000 years ago on a remote island of Indonesia. Scientists believe their pygmy size can be attributed to evolutionary adaptation, from being isolated in a small island environment over thousands of years. If the environment can impact the height of a living creature as such, then it's not out of the question that Bigfoot is a similar adaptation to the environments it's known to inhabit. Certain species of domesticated fish and plants make a great example of how environmental constraints can limit growth proportions. When the fish tank or plant pot is too small compared to biological growth potential, the plant or fish will only grow to a size relative to the container. Once the same fish or plant is moved to a larger container able to sustain maximum growth, biological growth can then continue as if not limited.