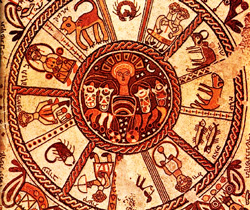 Belief in absolutely any religion or supernatural existence is acceptance of a concept larger than any mind is capable of comprehending. Implications of a discovery providing scientific proof of a religious existence is quite astonishing to say the least and nearly every culture around the world shares common belief in profound ideas that tie humanity to a spiritual world and the universe. Several basic concepts link cultures together even-though each individual religion differs from one to the next.

Countless belief systems refer to beings from "up above" coming down to visit Earth to pass on knowledge and values. There must be some sort of significance to the traditional sense of heavens resting in the skies above toward Earth's atmosphere towards space. Ancient cultures have passed down star knowledge throughout the ages. In fact, so many ancient civilizations depended on the stars for navigation and crop schedules that they created monuments and chiseled charts into stone describing them.

The part which seems too interesting to ignore or pass on as just a coincidence; It's evident ancient cultures focused on the stars, planets, and the sky above with respect to beliefs more than the land they lived upon. Why? Back then people could walk or swim or boat for miles and miles, but according to historical record they could not fly. It's not unreasonable to believe ginormous stairways were built given the situation and an overwhelming urge to discover what resides in the heavens above.