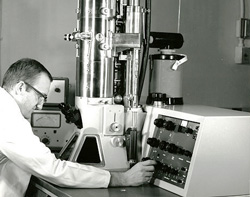 To point a finger at a few King Lizards surviving against long odds for 35 million years is a brave accusation, and there might need to be an even bolder explanation to contend with the lack of a strong breeding population to survive in a confined area for so long. There is also another issue which doesn't help Karl's case at all. Lake Okanagan is a glacial-formed lake, carved out by a south moving glacier, dated by sediment to only 45,000 years ago.

If Ogopogo is indeed a King Lizard, another theory is necessary to explain how they traveled so far inland prior to the time of local river and lake creation, or perhaps it's a different animal altogether.

Presume these legendary cryptids are actually the animals they're theorized to be according to eyewitness accounts. How an ancient species of animals were able to survive for millions of years, resulting in a modern presence is a largely unknown and perceived to be highly unlikely, but that doesn't necessarily rule out the possibility of it happening. In the case of Ogopogo we know a glacier retreated to form the lake. What if perhaps a plesiosaur, or small groups of plesiosaurs in this area became trapped in the ice by an extreme weather event, one that somehow froze the animal inside the glacier?

The glacier slowly thawed over time, eventually released its victim into the new lake, successfully reintroducing a long lost species. Given this type of scenario we have a lot to contend with as far as feasibility, let alone the odds of it happening. Yet it's not quite as far fetched as one might think at first glance. Some animals are capable of entering a Cryptobiotic state whereby metabolic function stops completely, and they're able to suspend themselves in this manor for as long as it takes. Once conditions return to acceptable levels, the creature continues life as it did prior to entering Cryptobiosis for survival.