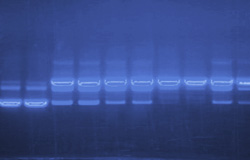 Our relatives relied heavily on oral tradition in their daily lives and they created many of the myths and legends we know today. Could it be possible that our ancestors have these stories as a result from first-hand encounters with the real deal hundreds of thousands of years ago, or is there another explanation?

Paleontologists are literally only scratching the surface of biological life history. Geologists know very well the planet's land masses shift while essentially recycling themselves over many millions of years; Making it difficult to find many of the missing links in animal evolutionary history as some of them are likely being pushed beyond current human reach. The world's deepest fossil beds are accessible for study because they've been exposed to the atmosphere by geological processes and deep mining projects. A severely limiting factor to deep fossil excavations is temperature, since below Earth's surface the temperature increases around 72 degrees for every mile closer to the Asthenosphere.

Another limiting factor deals with the sheer volume of rock and dirt to sift through; Measuring roughly 220.5 million cubic miles, determined by examining the global average of land mass with a thickness set to only a mile deep, which is a small fraction of the amount of existing land mass. The kicker is, many fossil excavation areas are averaging around a couple hundred meters below sea level, leaving around 87.5 percent of a proposed mile depth of crust completely unexplored. It's completely understandable (and reasonable) that paleontologists couldn't tear up the Earth's crust up to a mile down without disrupting the world's ecology in a globally disastrous project. Perhaps one day though, advances in technology will help to accurately pinpoint the really deep fossils, without having to rip apart the land in the process. In which case, we may potentially discover that our ancestors had much more to worry about in daily life than what current fossil record indicates.

Provided the most accurate way to date dinosaur bones is through uranium and potassium isotopes, and not Carbon-14, this gives nearly 63.5 million years difference between ancient human fossils and dinosaur fossils. It becomes very difficult to accept humans lived with dinosaurs when looking at these numbers without sufficient evidence to fill in the gaps.